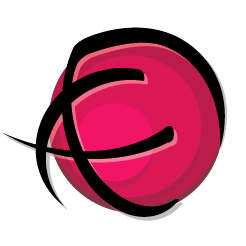 Call me crazy, because we all know I constantly bitch about lack of time, but I’ve joined in on the WIP Wrestling KAL for July. It’s all about finishing as many WIPs as possible. I currently have 4 tagged, 2 that I think are perfectly reasonable and will get two and two that will be a stretch at best. I couldn’t join and then not challenge myself. Go team Knit Girls!!!

Round 1: The Nordic Handbag. This is a fairly recent project that is already mostly knit up. I knew I’d lag on the finishing: embroidery, seaming, felting. Lag no more! This is the first project I’ll try and complete.

Round 2: BYOB bag form last year that I’ve still not finished because I didn’t want to deal with the handles. I’m going to improvise on the handles and work out my own version so I can finish this up. This was supposed to be a birthday present for my BFF last year in October. I guess it won’t have been quite a year by the time she gets it.

Round 3: That damn clapotis that I’ve been working on since 2006. Or at least I think it was 2006. I believe I started it just after moving to Ohio. Regardless, it is long past time to finish it. I think it’s about 50% done and I need to get it 100% done. It has so much potential as a Christmas present this year if I do. This project is a stretch, but not nearly as much as the next one…

The final round, round 4: The fantasy throw. This blanket is made up of four long knitted strips that eventually are crocheted together. I finish one strip and half of another before setting this down. I know where the completed strip is, but the pattern book and half strip is oddly missing. So beyond the challenge of trying to also finish up a full size afghan, I have to find it 🙂 Certifiably crazy? Yes.

So there you have it. Ready? Fight!

View all posts by Liz